Cjell Money is a Pussy – Tales from the AZT 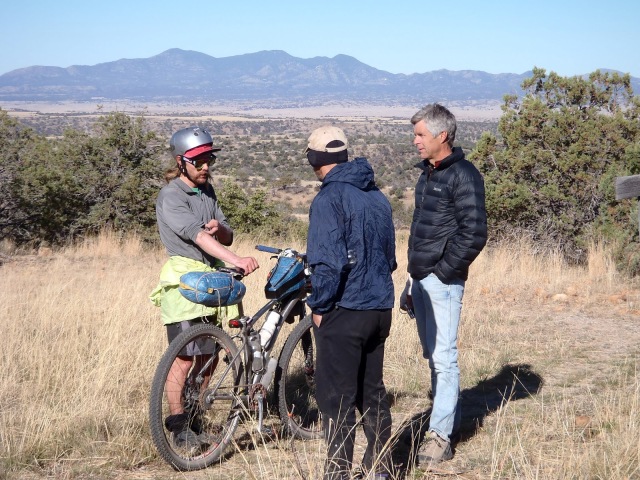 The Ariozona Trail is a 750 miles foot path from the Mexicoan border to the Utah border. The Arizona Trail Race is a bicycle race along that route. It is fucking hard.
I had heard of the race a while back but hadn’t considered giving it a go until Chip Androus had emailed me a month or so prior urging me to consider it. 750 miles of the single track. The longest single track bike race on the planet. Springtime Arizona riding a month before Tour Divde…no brainer.
Preparations consisted of around 48 hours of scrambling. My time up until then had been consumed by putting together steel frames, a new venture for me. I have gotten together a humble fab shop in Vail where I have started constructing custom steel bicycle frames. Frame number one was built for a friend of mine in Texas and I was obliged to get it sent out before my departure for the race. This meant most of the time in which I should have been getting cues together and constructing new luggage was utilized to finish the frame. No regrets, the drop bar fillet brazed 29er that resulted was worth it.

Frame number 2 will be this year’s Tour Divide bike. It will be a very cross inspired drop bar 29er+ bike-gasm. Lugged steel construction with classic lines tweaked slightly to accommodate dirt drop bars. The bike will also run Surly’s new Knard 3.0 29+ tire. The big volume tire combined with a frame pump should provide a very versatile bike which will be tunable to the varied surfaces encountered on the TD. 25psi for road and 5 psi for that extra shitty stretches, somewhere in between for everything else.
Needless to say, much of the time spent in the shop building frames left little time for much else. A breakdown of the remainder of my prep time would be best represented in a pie chart. 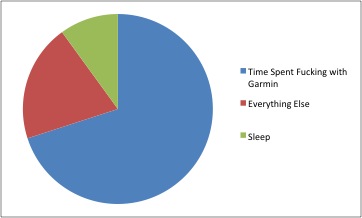 More to come on TD prep. My bike conctruction is coming along well and preparation for the tour to the start as well as the race are in full swing. Dave Wilson from Nuclear Sunrise witnessed some of my plight struggling with my uber light luggage and has volunteered services. His shit is second to none when it comes to bikepacking bags. I’ll check in soon with some updates with prep, kit, bike, etc.

Fucking badass dude.
View all posts by cjellmoney →
This entry was posted in Uncategorized. Bookmark the permalink.